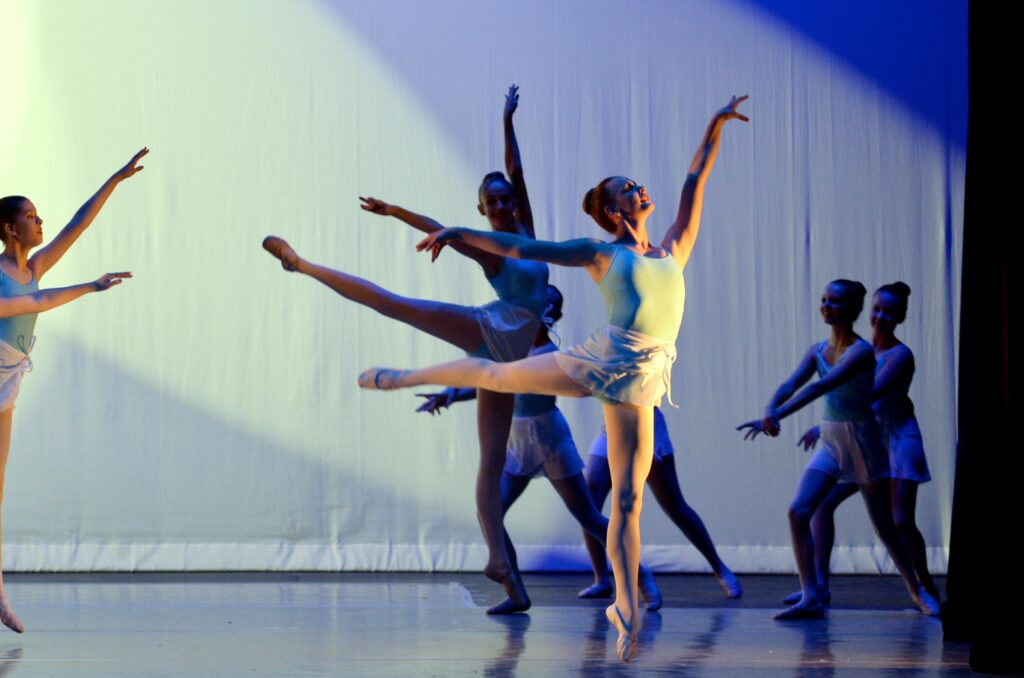 At Prima Dance Arizona, we are dedicated to providing excellent dance instruction to students of every age and ability.

Our goal is to nurture confidence, creativity, and self-discipline in an environment of positivity and respect.

Our teachers provide not only technical expertise in the art of dance, but also strive to be examples of self-disciplined, compassionate, and respectful individuals. We take our responsibilities as role models very seriously. Our first priority is to provide a positive example through discipline, structure, and mutual respect.

Ms. Zic has been teaching dance for over 20 years. She has had the pleasure of watching her students join ballet companies, win national competitions, dance in national tours and videos, and become dance instructors themselves. Her students have been accepted to numerous prestigious programs, including the School of American Ballet, Idyllwild Arts Academy, North Carolina School for the Arts, Arizona School for the Arts, and multiple major university dance programs.

Cara's classical training began here in the valley with the Royal Academy of Dance Syllabus and continued with Richmond Ballet and Ballet Arizona, for which she performed as an apprentice while still in high school. Her formative teachers include Mary Moe Adams, Malcolm Burn, Jasmine Grace, Katharine Frey, and Ruth Petrinovic. While performing on scholarship with the ballet program at Indiana University, she had the privilege of studying under the tutelage of Patricia McBride, Jacques and Virginia Cesbron, and Violette Verdy.

"Miss" Cara discovered her passion for teaching while instructing classes for the IU pre-college program. She continued to teach while dancing professionally and worked with children with special needs which began the process that would become her Creative Movement program. As a dance instructor at the University of Texas at Dallas, she was also instrumental in instituting a creative and performing arts syllabus for the university's core curriculum.

Cara has danced with several classical and contemporary groups, including Ballet Arizona, Indianapolis Ballet, Prairie Dance Theatre, and DanceConsortium. She has been teaching since 1994, and her choreography has been performed in the Chicago, Dallas, and Phoenix metropolitan areas as well as various national conventions and competitions. Cara holds Bachelor of Science degrees in Ballet and Comparative Literature from IU and a Master of Arts in Humanities/Aesthetic Studies from UTD.  Cara and her husband, Larry, live in Anthem, Arizona with their two daughters, Cayle and Quinn.

Prima Dance Arizona was created to give students exceptional dance instruction in a friendly, positive atmosphere. We believe the benefits to studying the discipline of dance build a strong foundation for lifelong skills. Through the joy of dance, students gain self-confidence and respect for the accomplishments that come with hard work.

Angie began dancing at the age of 3, following in the footsteps of her mother.  She  studied ballet, tap, jazz, lyrical, swing, and musical theater. As a child, she realized her passion for dance and traveled the U.S., competing in over 25 regional and national conventions and receiving over 100 honors and awards.
She has taken classes with several of the industries top teachers and choreographers, including Frank Hatchett, Mia Michaels, and Joe Tremaine.  She continued her dance training at Columbia College in Chicago, where she also modeled for emerging Chicago designers while pursuing her degree in Fashion.  Angie has performed on tour in the Caribbean and Europe with National Olympians Show Tours.  Miss Angie has been choreographing for the past 12 years and is often requested to choreograph special projects around Arizona and Illinois.  Angie is passionate about sharing her love for dance and performing with her students.

Miss Dana has been a proud member of the PDAZ family since 2013.  She began her dance training at the age of nine in the Midwest studying Ballet, Pointe, Tap, Jazz, Lyrical, Modern, Hip Hop and Clogging and brings over 20 years of teaching experience to PDAZ. It is Miss Dana's goal to share her passion for dance technique and love of the arts with her students.

Heidi Skelley started her dance career with ballet classes at the age of 4, and quickly realized that she preferred the fast pace and explosive movements of contemporary and jazz dance, which became her focus.  Miss Heidi attended BYU - Idaho where she was the captain of the dance team and competed in the UDA College Nationals.  It was in Idaho that she realized her true passion was for teaching dance.  Miss Heidi returned to Arizona where she continued her education at Arizona State University and pursued her B.F.A. in Dance Education.  She was a staff member for The National Dance Alliance summer camps, and has choreographed performances for the Phoenix Suns, Arizona Cardinals, Disneyland Resort, USA and NDA Nationals.  She has also traveled the country with the American Championships as a judge for their national jazz competitions.  Miss Heidi has choreographed and taught competitive jazz, lyrical, contemporary, and pom and specializes in pre-dance and childrens' combination dance classes.

Christy is a great dance instructor!!!!

Born and raised in Phoenix, Arizona, Amy trained locally in jazz, ballet, lyrical, tap, and acrobatics. As a student, Amy performed in Nutcracker Ballet annually, as well as competing regionally and nationally.  Currently, Amy is a company dancer with Scottsdale Arizona Jazz Ensemble and Fusion Dance Company and teaches jazz, contemporary, and ballet at various valley studios. She has also been on faculty as a judge and tabulator for Releve Dance Competition and Step Up 2 Dance Competition, locally and nationally. Amy loves teaching dance and is excited to have the opportunity to share her knowledge and passion for dance with the students of PDAZ!

Ashley is a certified Acrobatics Arts Instructor and follows their professional curriculum for Acrobatic Dance. A charter member of The National Honor Society of Dance Arts, Ashley holds an Associates of Fine Arts in Dance. While at Millenium High School she was a member of the varsity dance team and taught gymnastics, and she has taught and choreographed for various competitions, pageants, high school dance programs and studios across the valley. Ashley is  a part of the professional dance company, The Parking Lot Project. She loves teaching the students at Prima Dance Arizona!

Mariah began her training in Phoenix, AZ at the age of three and studied tap, Jazz, Lyrical, Jazz Funk, and Hip Hop. She competed locally and nationally earning high accolades such as “Top Technique”, “Broadway Performer”, and “Senior Miss Hip Hop.” Mariah continued her education at Colorado State and also taught dance in Fort Collins, CO. Miss Mariah is a Middle School teacher in Paradise Valley. She enjoys choreographing and seeing her students grow in their own training. We welcome Mariah to her second year with PDAZ!

“Mama Shaunna” grew up here in the valley and was trained locally in all disciplines of dance. Her fun-loving and caring demeanor brings out the best in her students of all ages. Ms. Shaunna is the director of our Pre-Company Program at Prima Dance Arizona, and she loves being involved in the growth of our aspiring dancers!

Shay Lyons was born in Pomona, CA, lived in San Bernardino, CA, and moved to Phoenix, AZ at the age of 12. In her adolescence, she always had a passion for music, and a love for dance; as well as other arts like drawing, writing and painting. Music is her biggest influence for movement. When moving to Arizona, she began training in modern dance in church. With a decade of learning more modern, ballet, and lyrical aesthetics, she began to become aware of Hip Hop culture, where she first exposed at Arizona State University. She began to recognize, that form of expression was the freedom she needed. Training and performing with Jukebox Family, has pushed her to shape her craft. In order to continue honing her craft, Shay immerses herself in the culture by means of performance, battling, supporting, communicating, researching, training, and teaching. She lives by the phrase Each One Teach One: “It is my responsibility to be an advocate, a student, and a teacher of the cultures she resides in.” Shay is diverse. She has knowledge. And she has heART. She aspires to inspire! 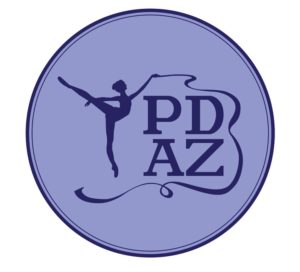 Prima Dance Arizona was created to give students exceptional dance instruction in a friendly, positive atmosphere. We believe the benefits to studying the discipline of dance build a strong foundation for lifelong skills. Through the joy of dance, students gain self-confidence and respect for the accomplishments that come with hard work. 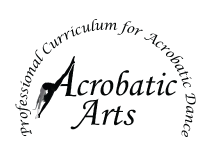 Dancers who train through Acrobatic Arts have balanced development, are stronger, more flexible and fearless. Studios that implement this program will see dancers with more skills, who have fewer accidents, and are less likely to develop chronic injuries.